I Owe You Nothing 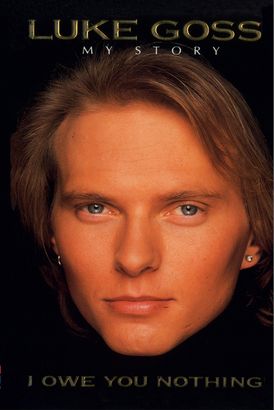 I Owe You Nothing

The truth behind the spectacular rise and fall of a pop legend in his own words.

For three years the Goss twins, Luke and Matt, had the world at their feet. Their records ripped to the top of the charts, they filled concert halls and were mobbed wherever they went.

Their fall was as fast and spectacular as their rise. From being pop’s golden boys they became the band that everyone loved to hate, amidst spectacular rumours of bankruptcy and media manipulation.

What went wrong? In this compelling book Luke Goss tells the whole incredible story, including:

It’s a cautionary tale for anyone aspiring to pop stardom, it is a saga of hurt and heartache, and, above all, it is a tribute to the family and friends – including Matt – who have stood by him through those frenetic years.

It is, as Luke says, the laying to rest of a nightmare.

Other Works by Jean Ritche