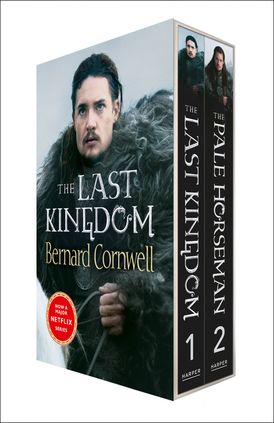 The battle begins: the first two books in the epic and bestselling series that has gripped millions.

A hero will be forged from this broken land.

As seen on Netflix and BBC around the world.

The Last Kingdom and The Pale Horseman are the first two books in Bernard Cornwell’s No. 1 bestselling historical fiction series, THE LAST KINGDOM, which tells the tale of Alfred the Great, his descendants and the enemies they faced. Against their lives Bernard Cornwell has woven a story of divided loyalties, reluctant love and desperate heroism. In Uhtred, he has created one of his most captivating and heroic characters.

BBC2’s major TV show THE LAST KINGDOM is based on the first two books in the series.

The box set includes:
The Last Kingdom
The Pale Horseman