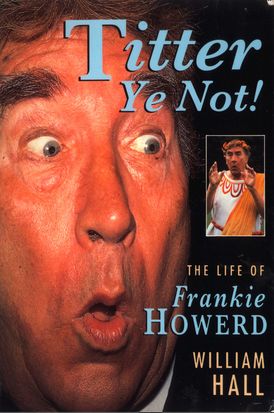 A master of the innuendo and the raised eyebrow, Frankie Howerd – inimitable star of the classic ‘Carry On’ films – became a cult hero.

As much at home in the Oxford Union as in high-camp pantomime, he was adored by millions, old and young alike. From his first memory of falling downstairs as a toddler and landing on his head (and thus uttering the original ‘Oooo … ahhaah!’) to his countless radio, stage, TV and fillm appearances, Frankie Howerd was nevertheless a shy man, a perfectionist haunted by self-doubt and a battle with depression.

Rich in anecdotes and revelations, with many of his friends contributing their own stories, Titter Ye Not! is an affectionate portrait of a comic genius whose like will never be seen again.

Other Works by William Hall

One Direction: Who We Are: Our Official Autobiography