20,000 Leagues Under The Sea (Collins Classics) 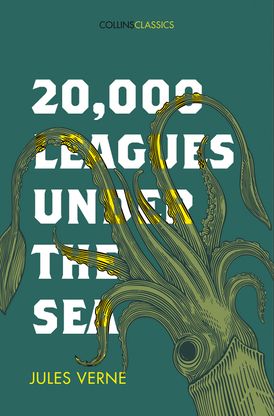 20,000 Leagues Under The Sea (Collins Classics)

‘The creature’s teeth were buried in the gunwale, and it lifted the whole thing out of the water like a lion can a roebuck…’

Scientist Pierre Aronnax, together with his faithful servant Conseil and the whaler Ned Land, is invited to join a hazardous voyage to the Pacific Ocean to hunt down a terrifying sea monster. But on attacking it, they discover that it is in fact an enormous submarine in disguise, commanded by the mysterious Captain Nemo. Nemo takes them on board to join his crew, and their ensuing quests, explorations and misfortunes are among the greatest adventure stories ever told.

First published in 1871 to critical acclaim, 20,000 Leagues Under the Sea is regarded as one of Jules Verne’s finest works and a classic of the science fiction genre. It has been adapted
into numerous films, television series, comic books and graphic novels. 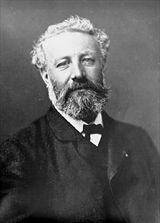 Other Works by Jules Verne

Journey to the Centre of the Earth (Collins Classics)

Around the World in Eighty Days (Collins Classics)

Around the World in Eighty Days (HarperCollins Children’s Classics)