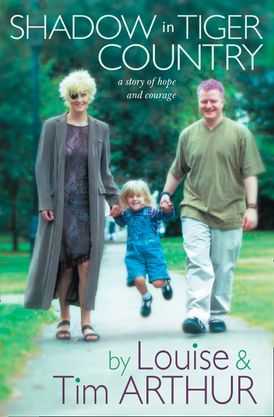 The extraordinary diary and memoir of just under one year in a woman’s life.

Louise Arthur was diagnosed in February 1999 as terminally ill with a malignant brain tumour. It was inoperable. She was then 28, had been married to Tim for 5 years: and they have a 4 year old daughter.

After reading Ruth Picardie’s book, Louise decided to write her diary – named Shadow Diary – on the web. She started in April – it was frank, poignant, funny, brilliantly observed. Tim also contributed – occasionally – and showed what life was like for him, for their love together. By June 1999, the ‘hits’ to the web site were running at 1,000 a day: she started a column in the Daily Mail: and Channel 4 decided to do a documentary on her.

Shadow in Tiger Country contains selections from both Louise’s and Tim’s contributions to the Shadow Diary, but has also been written by Tim since her death, and includes samples of both Louise’s earlier writing and her photographs.

Other Works by Tim Arthur