Stonehenge: Neolithic Man and the Cosmos 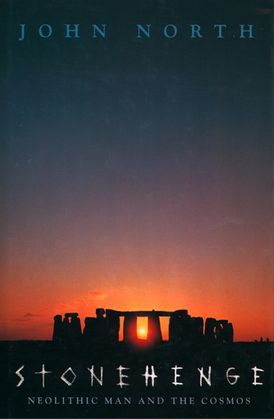 Stonehenge: Neolithic Man and the Cosmos

‘The clearest and most detailed account of Stonehenge for a generation.’ Mail on Sunday

How? By carefully reassessing the archaeological evidence and reconstructing the heavens as they would have appeared thousands of years ago.

As well as considering Stonehenge, John North draws evidence from prehistoric remains throughout Britain and northern Europe – the stone circles at Avebury, the White Horse at Uffington, the Long Man of Wilmington in Sussex and the long barrows which are dotted over southern England.

He shows how all these pieces fit together to establish the function of the stones themselves and what we can know of the religion that caused them to be erected in the first place.

‘Immensely readable… In this beautifully crafted and meticulously researched book, historian John North has produced the clearest and most detailed account of Stonehenge for a generation.’
Michael White, Mail on Sunday

‘If anyone’s judgement can be trusted on this topic, it is North’s. It is fortunate that the millennium will be marked by this important book… a major contribution to understanding the origins of mathematical astronomy. Ann Geneva, Financial Times

‘Brilliant… The mass and quality of his new evidence point inevitably to the conclusion he reaches, that the builders of Stonehenge and their Stone Age ancestors were adepts at astronomy and ritual magic.’
John Michell, Spectator

‘Masterful… It must surely become the standard, both for scholars and general readers.’
Patrick Moore

JOHN NORTH moved in 1977 from Oxford to the University of Groningen, where he is Professor of the History of Philosophy and the Exact Sciences. He is a member of the Royal Netherlands Academy, the Royal Danish Academy and is a Fellow of the British Academy.

Other Works by John North

Beneath the Sands of Egypt

The Secret of the Great Pyramid