Saints: The definitive guide to the Saints (Collins Dictionary of) 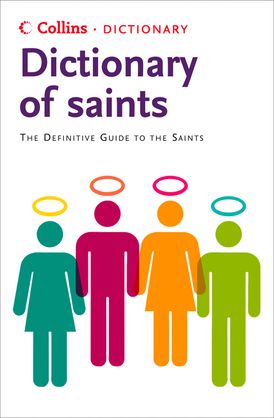 Saints: The definitive guide to the Saints (Collins Dictionary of)

From one of the UK’s leading reference publishers, comes an approachable and authoritative guide to Saints, old and new.

The Collins Dictionary of Saints includes Saints from all around the world and across the millennia, giving a fascinating – and sometimes intriguing – insight into the lives and achievements of the men and women of God.

From such little-known local Saints as Cadoc, the Welsh abbot who lived the life of a hermit on the island of Flat Holm in the Bristol Channel, to such pillars of the church as Saints Peter and Paul, and from the violent tendencies of Joan of Arc to the archetypal peacemaker, Francis of Assisi, this is the only guide you need.

Special features include details of Patron Saints, the places they came from and worked in, and their activities. The dictionary also notes the latest additions to have joined the canon and those most likely to join in the near future.

There is also a list of Saints who have been de-canonised formally or who perhaps should have been, either for their scandalous living or unholy actions – and those who have gained a Sainthood under false pretences.

This is a compelling read for those wanting a popular historical perspective on this fascinating aspect of social tradition. This dictionary is also an invaluable resource for Christian readers wishing to gain an understanding to the background to the lives of Saints, reflecting a growing interest in the Christian spiritual heritage.

Martin Manser is a Presenting trainer at the London College of Communication, and is a language consultant for many business and government organisations.

Other Works by Martin Manser

A Place to Stand

The Diatessaron of Tatian

The Gospel According to the Earth

The Fall of the Evangelical Nation

Revelation of the Magi