Alone with the Dead: A PC Donal Lynch Thriller 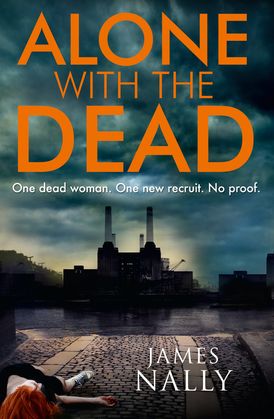 Alone with the Dead: A PC Donal Lynch Thriller

Donal is new to working the beat in London, trying his
best to forget that night. After all, there aren’t many police
officers who can say they have a convicted murderer
for an ex-girlfriend.

So when a woman is murdered on his patch, Donal throws
himself into the case. As the first person on the scene,
Donal can’t forget the horrific sight that faced him – and
he knows this case can’t go unsolved. But how do you
solve a case with no lead suspect and no evidence?

As his past catches up with him, Donal is forced to confront
his demons and the girl he left behind. But what will crack
first, the case or Donal?

Chilling, brutal, addictive – if you like Tim Weaver and James Oswald, you will LOVE James Nally.

James Nally was a journalist for 15 years, before leaving to become a producer and director of TV and film. This is his first novel, and is based on his experiences of his years writing about the murder victims of London.

Other Works by James Nally

Dance With the Dead: A PC Donal Lynch Thriller