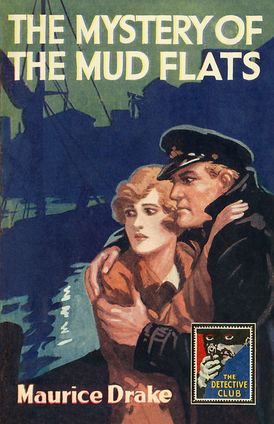 The latest in a new series of classic detective stories from the vaults of HarperCollins is a thrilling mystery concerning twentieth-century pirates smuggling secret cargo across the English Channel.

James Carthew-West, the penniless skipper of the Exmouth coasting vessel Luck and Charity, is chartered by a rich trader to carry unprofitable cargo to Flanders through the treacherous shallows of the Scheldt estuary and return with worthless mud ballast. His crewman Austin Voodgt, a former investigative journalist, is intent on revealing the true conspiracy behind this bizarre trade, but with each new discovery comes the growing realisation that there are lives at stake – beginning with their own.

The Mystery of the Mud Flats, first published as WO2, was considered one of the most thrilling adventure stories of its time, combining a first-class mystery with the eternal lure of the sea. Introducing the Dutch maritime detective Austin Voogdt (later dubbed ‘Sherlock of the Sea’), and with its unique English Channel setting, this story of intrepid yachtsmen caught up in smuggling, espionage, and the growing menace of Germany as a military power, made truly exciting reading.

‘So far above the average hotchpotch to deserve special comment. A stirring tale of illicit sea-faring, full of open air thrill . . . a rattling good yarn, and stands well to the front among books of its kind.’ New York Times

‘It is not often that detective work, vagabond adventure and love-making are more pleasantly mingled’ The Nation

Maurice Drake was born Frederick Morris Drake in 1875 in Newton Abbot, Devon, and educated at Teignmouth Grammar School. An ardent amateur yachtsman, he wrote ground-breaking and thrilling novels inspired by his love for the sea. During WW1, Drake served both with the Infantry and the RAF. He was also a leading authority on glass painting and old stained glass, writing some of the leading books on the subject, an advisor to Exeter Cathedral and leading museums, and a renowned lecturer travelling widely in the UK, Europe and USA. In 1923 he died from pneumonia at the age of 48.

Other Works by Maurice Drake

Never Out of Sight