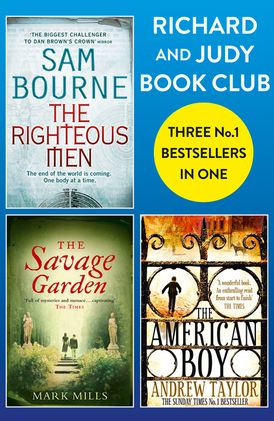 THREE NO.1 BESTSELLING RICHARD & JUDY BOOKCLUB PICKS IN ONE.

THE AMERICAN BOY BY ANDREW TAYLOR:
England, 1819: Thomas Shield, a new master at a school near London, is tutor to a young American boy and the boy’s sensitive best friend, Charles Frant. When a brutal crime is committed he finds himself at the heart of a labyrinthine mystery – a tangle of sex, money, murder and lies from which he cannot escape. And what of the strange American boy at the centre of these macabre events – what is the secret of the boy named Edgar Allan Poe?

THE SAVAGE GARDEN BY MARK MILLS:
Italy, 1958. Arriving at the Docci family home, young scholar Adam Strickland finds the family, their house and its unique garden as seductive as each other. But post-War Italy is still a strange, even dangerous place, and the Doccis have some dark skeletons hidden away which Adam finds himself compelled to investigate. Before long, he will uncover two stories of love, revenge and murder, separated by 400 years… but is another tragedy about to be added to the villa's cursed past?

THE RIGHTEOUS MEN BY SAM BOURNE:
A series of killings in every corner of the globe cannot possibly be connected. That's the instinct of Will Monroe, rookie reporter for The New York Times – until his beautiful wife Beth is kidnapped. Desperate, Will follows a trail that leads to a mysterious cult right on his own doorstep. With more murders by the hour, he must now unravel the prophecies buried deep in the Bible until he finds a secret worth killing for, a secret on which the fate of humanity may depend.

THE AMERICAN BOY BY ANDREW TAYLOR: 'A wonderful book, richly composed and beautifully written, an enthralling read from start to finish' The Times (Top Ten Crime Novels of the Decade)

THE SAVAGE GARDEN BY MARK MILLS: ‘Mills writes beautifully; leading us gently and atmospherically through the Tuscan renaissance garden… an unusual, captivating novel that is a cut above the norm’ The Times

Andrew Taylor is the author of a number of novels, including the Dougal and Lydmouth crime series, the psychological thrillers Bleeding Heart Square and The Anatomy of Ghosts, the ground-breaking Roth Trilogy, which was adapted into the acclaimed drama Fallen Angel, and The American Boy, his No. 1 bestselling historical novel which was a 2005 Richard & Judy Book Club choice.

He has won many awards, including the CWA John Creasey New Blood Dagger, an Edgar Scroll from the Mystery Writers of America, the CWA Ellis Peters Historical Award (the only author to win it twice) and the CWA’s prestigious Diamond Dagger, awarded for sustained excellence in crime writing. He also writes for the Spectator.

Mark Mills graduated from Cambridge University in 1986. He has lived in both Italy and France, and has written for the screen. His first novel, ‘The Whaleboat House’, won the 2004 Crime Writer's Association for Best Novel by a debut author. His second, ‘The Savage Garden’, was a Richard and Judy Summer Read and No 1 bestseller. He lives in Oxford with his wife and two children. 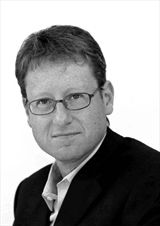 Sam Bourne is the pseudonym of Jonathan Freedland, an award-winning journalist and broadcaster. He has written a weekly column for the Guardian since 1997, having previously served as the paper’s Washington correspondent, and presents Radio 4’s contemporary history programme, The Long View.

In the annual What the Papers Say Awards of 2002 Jonathan Freedland was named Columnist of the Year, and in 2008 he won the David Watt Prize for Journalism. His first novel, The Righteous Men, was a Sunday Times Number 1 bestseller. His subsequent novels have all been top five bestsellers. He lives in London with his wife and their two children.

Other Works by Sam Bourne