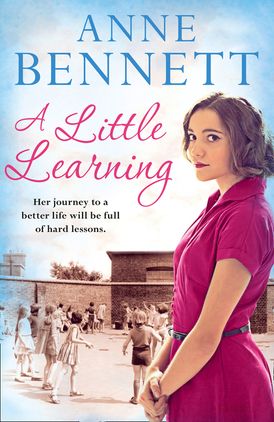 Can an ordinary girl dare to be different? The compelling new bestseller from Birmingham’s Queen of Fiction

Janet is determined to make something of herself, instead of being chained to a sink with a baby a year like most women of her generation. She passes her eleven-plus and wins a scholarship to go to a good grammar school, but her father refuses to believe that girls have the right to do anything other than look after their husbands and raise children.

Struggling to fit in at her new school and picked on by the other girls, Janet befriends, Ruth, another lonely pupil whose Jewish family have suffered many hardships. Janet and Ruth forge a strong friendship through her school life and beyond. But will their friendship survive when Janet falls for Ruth’s brother, Ben –marriage to a Catholic girl would go against everything his community hold dear. When the whole world seems stacked against her, can Janet hold onto her dreams?

Anne Bennett was born in the Horsefair district of Birmingham. The daughter of Roman Catholic Irish immigrants, she grew up in a tight-knit community. For many years she taught in schools to the north of Birmingham, before an accident put paid to that career. This gave her the chance to write full time. She has four children and four grandchildren. In 2006, after sixteen years in a wheelchair, Anne was able to walk again.

Other Works by Anne Bennett

A Strong Hand to Hold

Child on the Doorstep

Pack Up Your Troubles

A Girl Can Dream

Till the Sun Shines Through