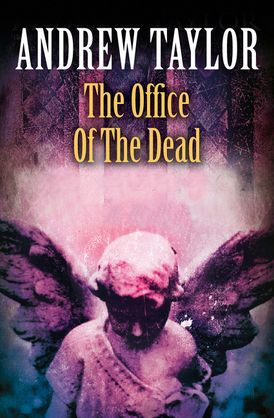 The final novel in Andrew Taylor’s ground-breaking Roth trilogy, which was adapted into the acclaimed drama Fallen Angel. A powerful thriller for fans of S J Watson.

Janet Byfield has everything Wendy Appleyard lacks: she’s beautiful; she has a handsome husband, a clergyman on the verge of promotion; and most of all she has an adorable little daughter, Rosie. So when Wendy’s life falls apart, it’s to her oldest friend, Janet, that she turns.

At first it seems as to Wendy as though nothing can touch the Byfields’s perfect existence in 1950s Cathedral Close, Rosington, but old sins gradually come back to haunt the present, and new sins are bred in their place. The shadow of death seeps through the Close, and only Wendy, the outsider looking in, is able to glimpse the truth. But can she grasp it’s twisted logic in time to prevent a tragedy whose roots lie buried deep in the past?

Final novel in Andrew Taylor’s powerful Roth Trilogy: ‘With all due deference to its heavenly virtues, this is a hellishly good novel’ – Frances Fyfield, Sunday Express

‘Masterly… will have the reader turning back to check the identities of Taylor’s ambiguous characters and relish his fine writing’ Gerald Kaufman, Scotsman

‘It is in the domestic sphere that Taylor triumphs… A highly sinister piece of work’ Natasha Cooper, TLS

Andrew Taylor is the multiple award-winning author of The American Boy, his No. 1 bestselling historical novel which was a 2005 Richard & Judy Book Club choice. He has won many awards, including the CWA John Creasey New Blood Dagger, an Edgar Scroll from the Mystery Writers of America, the CWA Ellis Peters Historical Award (the only author to win it three times) and the CWA’s prestigious Diamond Dagger, awarded for sustained excellence in crime writing.