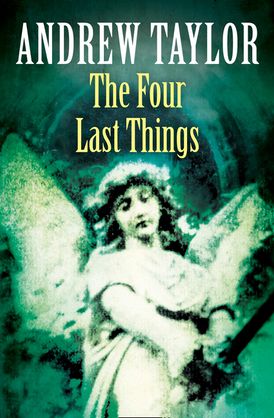 The first novel in Andrew Taylor’s ground-breaking Roth trilogy, which was adapted into the acclaimed drama Fallen Angel. A tense psychological thriller for fans of S J Watson.

Little Lucy Appleyard is snatched from her child minder’s on a cold winter afternoon, and the nightmare begins. When Eddie takes her home to beautiful, child-loving Angel, he knows he’s done the right thing. But Lucy’s not like their other visitors, and unwittingly she strikes through Angel’s defences to something both vulnerable and volatile at the core.

To the outside world Lucy has disappeared into a black hole with no clues to her whereabouts…until the first grisly discovery in a London graveyard. More such finds are to follow, all at religious sites, and, in a city haunted by religion, what do these offerings signify?

All that stands now between Lucy and the final sacrifice are a CID sergeant on the verge of disgrace and a woman cleric – Lucy’s parents – but how can they hope to halt the evil forces that are gathering around their innocent daughter?

‘Andrew Taylor digs deep to explore the tangled roots of sex, violence and religion. This is a fine thriller, with clues complex enough to tax a Morse’ Reginald Hill

‘A tense and shocking psychological thriller, The Four Last Things is also a meditation on what religious belief means in times of extreme crisis, and a fascinating unravelling of the horrors the past can visit on the present.’ Val McDermid

‘Taylor has established a sound reputation for writing tense clammy novels that perceptively penetrate the human psyche. In The Four Last Things he goes deeper still… The appetite for the remaining two of the trilogy is firmly whetted’ The Times

Andrew Taylor is the author of a number of crime novels, including the ground-breaking Roth Trilogy, which was adapted into the acclaimed TV drama Fallen Angel, and the historical crime novels The King’s Evil, The Fire Court, The Ashes of London, The Silent Boy, The Scent of Death and The American Boy, a No.1 Sunday Times bestseller and a Richard & Judy Book Club Choice.

He has won many awards, including the CWA John Creasey New Blood Dagger, an Edgar Scroll from the Mystery Writers of America, the CWA Ellis Peters Historical Award (the only author to win it three times) and the CWA’s prestigious Diamond Dagger, awarded for sustained excellence in crime writing. He also writes for the Spectator and The Times.

He lives with his wife Caroline in the Forest of Dean.