Eclipse: The science and history of nature's most spectacular phenomenon 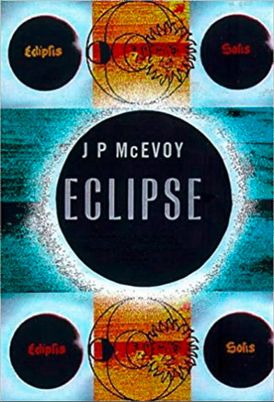 Eclipse: The science and history of nature's most spectacular phenomenon

J P McEvoy looks at remarkable phenomenon of a solar eclipse through a thrilling narrative that charts the historical, cultural and scientific relevance of solar eclipses through the ages and explores the significance of this rare event.

In the year when Britain will be touched by a solar eclipse for the first time since 1927, J P McEvoy looks at this remarkable phenomenon through a thrilling narrative that charts the historical, cultural and scientific relevance of solar eclipses through the ages and explores the significance of this rare event.

Eclipse shows how the English Astronomer Norman Lockyer named the element Helium from the spectra of the eclipsed Sun, and how in Cambridge Arthur Eddinton predicted the proof of Einstein’s General Relativity from the bending of sunlight during the famous African eclipse of 1919.

During late morning on 11 August, 1999 the shadow of the last total eclipse of the Millennium will cut across the Cornwall Peninsula and skirt the coast of Devon before moving on to the continent, ending its journey at sunset in the Bay of Bengal, India. Britain’s next eclipse will be in September, 2090.

Throughout history, mankind has exhibited a changing response to the eclipse of the sun. The ancient Mexicans believed the Sun and the Moon were quarrelling whilst the Tahitians thought the two celestial objects were making love.

Today, astronomers can calculate the exact path the moon’s shadow will track during the solar eclipse. As millions encamp for the brief spectacle with mylar glasses, pin-hole cameras, binoculars and telescopes, space agency satellites and mountain-top observatories study the corona, flares and the magnetosphere of the Sun as the 125 mile-wide black patch zooms along the ground at 2000 mph.

J P McEvoy was born in the USA. He has published over 50 papers on his specialist subject, superconductivity. He has been involved in improving public understanding of science for many years. He wrote the TV series Eureka, describing great moments in science from Archimedes to the present. In addition to journalism and radio broadcasting, he has written two guides in the ‘Begginers’ series for Icon Books.

Other Works by J. P. McEvoy