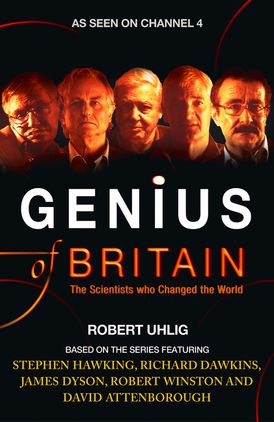 We may only be a small island, but we are far from small-minded. Over the last 500 years, the way we live has been steadily transformed by the inventions of British scientists, and their landmark discoveries have revealed the astonishing beauty of the universe.

Genius of Britain is the story of the flashes of inspiration experienced by generations of British scientists as they realised they were about to change the world. Every one of the characters that make up this rich tradition has a unique and very human story. The relationships between them range from lifelong collaboration to bitter rivalry. Some had vast fortunes, whilst others overcame poverty and a lack of education to become towering figures in the history of science. The impact of this small cast of characters is remarkable. Vaccination, inoculation and the discovery of Penicillin saved the lives of millions. The electric motor, the telephone and the personal computer created the technological age, and the theories of the Big Bang, Evolution and Gravity have shed light on some of the deepest mysteries of our existence.

Genius of Britain intertwines the personal reflections of three of today's greatest British scientists with Robert Uhlig's compelling narrative. The result is a journey of scientific inspiration that does justice to Britain's exceptional contribution to science.

Other Works by Robert Uhlig

Brief Candle in the Dark

Appetite for Wonder, An

An Appetite for Wonder