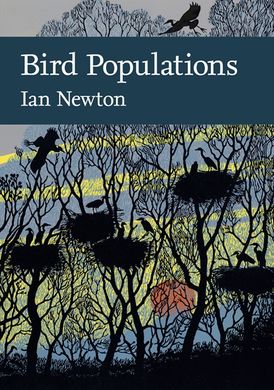 The combination of a rapidly expanding human population, a predominantly utilitarian attitude to land, central government policy on land use and increasing mechanisation have combined to promote massive changes in land use in recent decades than at any previous comparable period. These developments have in turn brought huge changes in bird habitats and populations; some species dependent on the old landscapes declined, while others have increased. Over the same period, changing public attitudes to wildlife allowed previously scarce bird species to recover from past onslaughts, while climate warming has promoted further changes.

In this seminal new work, Ian Newton sets out to explain why different bird species are distributed as they are, and changed over the years in the way that they have. The regular watching and study of birds now provides a source of recreation and pleasure for very large numbers of people, while continued monitoring of bird numbers can also alert us to impending environmental problems. For all of us, a world with fewer birds would be a poorer place.

Ian Newton is an ornithologist and applied scientist, and a leading expert on bird ecology and biogeography, specialising in finches, waterfowl and birds of prey, especially the sparrowhawk. He graduated from Bristol University and gained his doctorate in finch behaviour at Oxford, followed by research on bullfinch damage in orchards. He joined the NERC in 1967, initially studying population ecology of geese and finches, followed by the impact of pesticides on birds of prey. He has written a previous New Naturalist volume, Finches (1972).