Ramble On: The story of our love for walking Britain 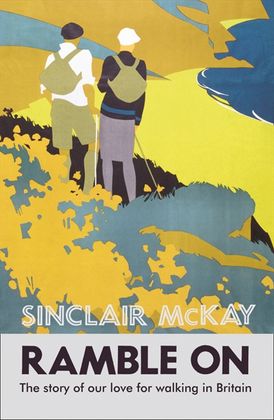 Ramble On: The story of our love for walking Britain

This fascinating ramble through the history of walking delves into our relationship with the British countryside.

‘Ramble On’ tells the story of how country walks were transformed from a small and often illegal pastime to the most popular recreational activity in the country.

From the brave band of hikers who scaled the off-limits peak Kinder Scout in 1932, via the intricate Lake District guides of Alfred Wainwright, to the resistant landowners (including the notorious Nicholas Van Hoogstraten, Madonna and Jeremy Clarkson) who have done their level best (and worst) to keep walkers off their land – this is the definitive history of rambling.

Perfectly capturing the sense of exhilaration on reaching the summit of a blustery hill-top path, ‘Ramble On’ is for anyone who has ever pulled on a pair of walking boots or is partial to the taste of Kendal mintcake.

Sinclair McKay is a features writer for The Telegraph and The Mail on Sunday. He is also the acclaimed author of the bestselling ‘The Secret Life of Bletchley Park’.

Other Works by Sinclair McKay