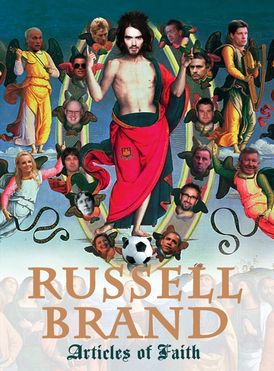 This collection of Russell Brand's columns for The Guardian not only follows the drama and tumult of the domestic and international football season but also a season in the life of one of our most celebrated comic talents.

Brand chronicles events both on and off the pitch as he travels between Upton Park and Hollywood. In his literary riffings, football legends and newfound heroes brush shoulders with a pantheon of cultural icons. Matches are won and lost, Brand's faith in his beloved West Ham tested, while the palette of company he keeps stretches from Morrissey to Gallagher to Gascoigne and back again.

Managerial manoeuvres at Wigan are discussed in reference to Joe Orton and the mysteries of the souks. The departure of Mourinho sparks reminisces of the shapely arse of a previous girlfriend. Love blossoms in the unlikely form of Paolo DiCanio. Arsenal's fluidity and purpose brings to mind yogic coitus of Sting and Trudie Styler. And the fate of his beloved West Ham is seen in parallel with the workings of his legendary libido.

'On what little things does happiness depend' he quotes Oscar Wilde - in football as in life.

His writing is articulate and original.'
'It's cheeky stuff, but beautifully rounded.'
Daily Echo Bournemouth

'Brand's columns on football are an acquired taste - and if you have acquired it, they are wonderful. They are gloriously freewheeling, eccentic, unrestrained; and above all, they are original. You will not hear another voice like Brand's in the sports pages.'
Scotland on Sunday

'Erudite and perceptive on fandom, the media and the beautiful game, it's undeniably original and entertaining sports writing'.
The Big Issue

Four-star review in Q: ‘If you’re a fan of both football and the Dickensian dandy, this is a great and consistently funny read.’

‘I would definitely recommend this as a gift for a man this Christmas'.
Glamour

'Even if you can read most of the pieces online, there's still something comforting about having them in a form you can read on the toilet.'
Irish Sunday Independent 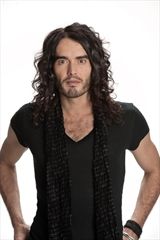 Russell Brand is a comedian, journalist, TV and radio presenter, and actor. He has won numerous awards including Time Out’s Comedian of the Year, Best Newcomer at the British Comedy Awards, Best TV Performer at the Broadcasting Press Guild Awards, and Most Stylish Man at GQ’s Men of the Year Awards. The first installment of his autobiography, My Booky Wook, was a New York Times bestseller.

Other Works by Russell Brand