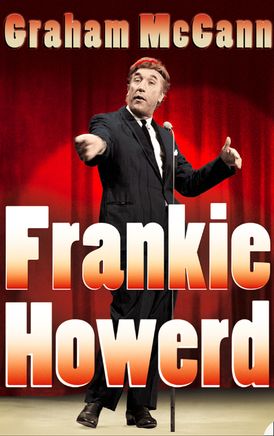 Please note that this edition is text only and does not include any illustrations.

The rambling perambulations, the catchphrases, the bland brown suit and chestnut hairpiece: such were the hallmarks of a revolution in stand-up comedy that came in the unique shape of Frankie Howerd. His act was all about his lack of act, his humour reliant on trying to prevent the audience from laughing ('No, no please, now…now control please, control').

This new biography from Graham McCann charts the circuitous course of an extraordinary career – moving from his early, exceptional, success in the forties and early fifties as a radio star, through a period at the end of the fifties when he was all but forgotten as a has-been, to his rediscovery in the early sixties by Peter Cook. Howerd returned to television popularity with ‘Up Pompeii’, which led to work with the Carry On team. In his last few years he became the unlikely doyen of the late eighties 'alternative' comedy circuit. But his life off-stage was equally fascinating: full of secrets, insecurities (leading at one point to a nervous breakdown) and unexpected friendships.

'Never has the sheer awkwardness of the human condition been so comically, or beautifully, conveyed.' Daily Mail

'As with his masterly account of Dad’s Army, this is an objective and scrupulously researched study, unlikely to be superseded.' Roger Lewis, Spectator

'McCann's lively biography is rooted in those post-music-hall days, his portrait of the period is vivid.' Alex Clark, Sunday Times

Graham McCann is a lecturer in Social and Political Theory at Kings College, Cambridge. His previous books include: Marilyn Monroe: The Body in the Library (1988); Woody Allen: New Yorker (1990); Rebel Males: Clift, Brando & Dean; Morecambe and Wise (also published by Fourth Estate), and a recent study of Theodore Adorno for Blackwells.

Other Works by Graham McCann

Morecambe and Wise (Text Only)