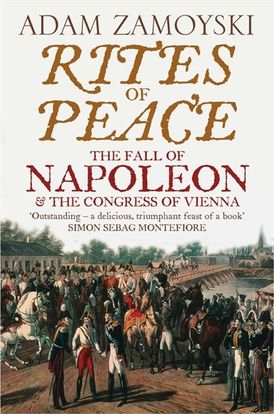 Following on from his epic ‘1812: Napoleon's Fatal March on Moscow’, bestselling author Adam Zamoyski has written the dramatic story of the Congress of Vienna.

In the wake of his disastrous Russian campaign of 1812, Napoleon's imperious grip on Europe began to weaken, raising the question of how the Continent was to be reconstructed after his defeat. There were many who dreamed of a peace to end all wars, in which the interests of peoples as well as those of rulers would be taken into account. But what followed was an unseemly and at times brutal scramble for territory by the most powerful states, in which countries were traded as if they had been private and their inhabitants counted like cattle.

The results, fixed at the Congress of Vienna in 1815, not only laid the foundations of the European world we know; it put in place a social order and a security system that lie at the root of many of the problems which dog the world today. Although the defining moments took place in Vienna, and the principle players included Tsar Alexander I of Russia, the Austrian Chancellor Metternich, the Duke of Wellington and the French master of diplomacy Talleyrand, as well as Napoleon himself, the accepted view of the gathering of statesmen reordering the Continent in elegant salons is a false one. Many of the crucial questions were decided on the battlefield or in squalid roadside cottages amid the vagaries of war. And the proceedings in Vienna itself were not as decorous as is usually represented.

Drawing on a wide range of first-hand sources in six languages, which include not only official documents, private letters, diaries and first-hand accounts, but also the reports of police spies and informers, Adam Zamoyski gets below the thin veneer of courtliness and reveals that the new Europe was forged by men in thrall to fear, greed and lust, in an atmosphere of moral depravity in which sexual favours were traded as readily as provinces and the 'souls' who inhabited them. He has created a chilling account, full of menace as well as frivolity.

‘Deeply researched, elegantly written, gleaming with the political and sexual depravity of the Congress that decided the fate of Europe, Zamoyski's “Rites of Peace” is outstanding – a delicious, triumphant feast of a book.’ Daily Mail

‘Impressively detailed diplomatic history; it deals with the fate of nations and dynasties and the doings of emperors, kings and princes. The author keeps up a strong narrative drive, guiding the reader through the tortuously involved negotiations of the Congress.’ The Economist

‘Zamoyski's…account of the labyrinthine twists of diplomacy is both masterly and exhaustive…I closed the book full of admiration for its author.’ Sunday Times 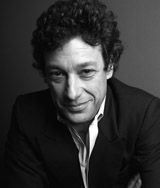 Adam Zamoyski was born in New York, was educated at Oxford, and lives in London. A full-time writer, his books include ‘Paderewski’, ‘The Last King of Poland’,‘1812: Napoleon’s Fatal March on Moscow’, which was a Sunday Times bestseller, ‘Rites of Peace: The Fall of Napoleon and the Congress of Vienna’, ‘Warsaw 1920’ and ‘Chopin’. He is married to the painter Emma Sergeant.