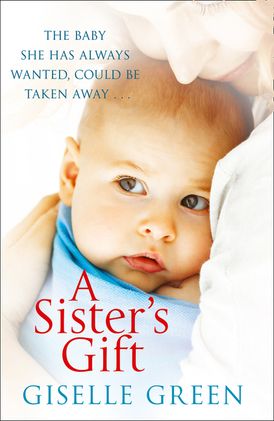 Hollie Hudson and her husband Richard are fast losing hope…

Despite her infertility, Hollie is unable to give up her dream of having her own family and so calls on her last chance – her wayward half-sister. 24-year-old blonde bombshell Scarlett is the antithesis of her darker, more reserved older sister and capable of giving Hollie the miracle she so desperately desires.

Having single-handedly bought Scarlett up after their runaway mother abandoned them, Scarlett knows she owes Hollie everything – and now it's time to pay her back with the ultimate gift.

After a number of unsuccessful IVF attempts, the doctor advises that Scarlett and Richard try the natural method to conceive. Scarlett hides her delight as she has always harboured a secret crush on Richard, and Hollie is desperate to try anything. However Richard baulks at the idea, realising the problems it will cause later on…

While Hollie is delighted when Scarlet later falls pregnant, little does she know that she may be bringing a child into a shattered family which harbours secrets and dangerous desires.

Find out more in this mesmerising and heartbreaking tale from a stunning British talent about sacrifice, sisterhood and the ultimate gift..

‘Utterly heart-wrenching…have a box of tissues handy.’
<i>News of the World</i>

‘This is a cracking read that will emotionally involve any parent…Exploring the power and strength of love the ending provides more surprise revelations than an episode of Trisha. A must read.’ Chopsybaby.com

‘A morally complex tale … that is both heartbreaking and uplifting.’<i>Closer</i>

‘This novel is a heartwarming, emotional take on a mother/daughter relationship. I couldn’t put it down.’
<i>Closer</i>

‘A compelling, tragic read, though full of surprises and love.’
<i>The Sun</i>

After gaining a BSc at King's College London and MSc at City University, Giselle worked for British Telecom and Unilever, London. Giselle is now a full-time mum to six boys, including twins, and a part-time astrologer. In 1999 she qualified as an Astrologer with the Faculty of Astrological Studies and now specialises in medieval astrology. Pandora's Box is her debut novel.

Other Works by Giselle Green