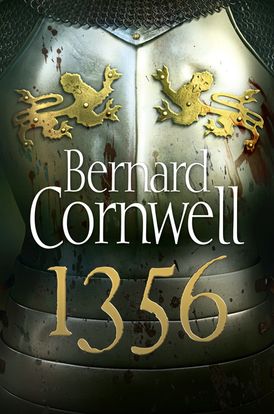 This special edition Ebook features exclusive extra content by the author, with an extended Historical Note and two contemporary accounts of the Battle of Poitiers.

The Hundred Years War rages on and the bloodiest battles are yet to be fought. Across France, towns are closing their gates, the crops are burning and the country stands alert to danger. The English army, victorious at the Battle of Crécy and led by the Black Prince, is invading again and the French are hunting them down.

Thomas of Hookton, an English archer known as Le Bâtard, is under orders to seek out the lost sword of St Peter, a weapon said to grant certain victory to whoever possesses her. As the outnumbered English army becomes trapped near the town of Poitiers, Thomas, his men and his sworn enemies meet in an extraordinary confrontation that ignites one of the greatest battles of all time.

Praise for The Burning Land:

'This is a magnificent and gory work' Daily Mail

'The historical blockbuster of the year' Evening Standard

‘The characterisation, as ever, is excellent…And one can only admire the little touches that bring the period to life. He can also claim to be a true poet of both the horror and the glory of war.’ Sunday Telegraph

This is typical Cornwell, meticulously researched, massive in scope, brilliant in execution’ News of the World

War of the Wolf (The Last Kingdom Series, Book 11)

War of the Wolf: A gripping, thrilling historical novel in the bestselling Last Kingdom series (The Last Kingdom Series, Book 11)