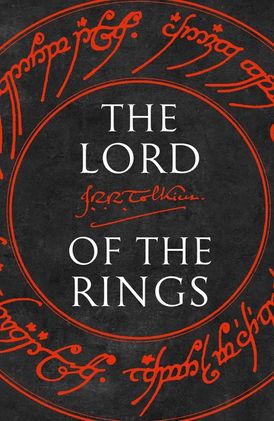 All three parts of the epic masterpiece The Lord of the Rings – The Fellowship of the Ring, The Two Towers & The Return of the King – available as one download, featuring the definitive edition of the text, hyperlinked footnotes and page references, and 3 maps including a detailed map of Middle-earth.

Sauron, the Dark Lord, has gathered to him all the Rings of Power – the means by which he intends to rule Middle-earth. All he lacks in his plans for dominion is the One Ring – the ring that rules them all – which has fallen into the hands of the hobbit, Bilbo Baggins.

In a sleepy village in the Shire, young Frodo Baggins finds himself faced with an immense task, as the Ring is entrusted to his care. He must leave his home and make a perilous journey across the realms of Middle-earth to the Crack of Doom, deep inside the territories of the Dark Lord. There he must destroy the Ring forever and foil the Dark Lord in his evil purpose.

Since it was first published in 1954, ‘The Lord of the Rings’ has been a book people have treasured. Steeped in unrivalled magic and otherworldliness, its sweeping fantasy has touched the hearts of young and old alike.

‘The story moves on with a tremendous narrative rush to its climax… extraordinary imaginative work, part saga, part allegory, and wholly exciting.’
The Times

‘A triumphant close… a grand piece of work, grand in both conception and execution. An astonishing imaginative tour de force.’
Sunday Telegraph

‘His astonishing inventiveness remains to the end and is continued in a series of appendices.;
The Guardian