The Thirties: An Intimate History of Britain 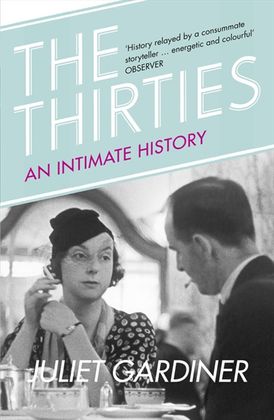 The Thirties: An Intimate History of Britain

As ‘Wartime’ did for the 1940s, this book will grasp the broad spectrum of events in the 1930s in the words of contemporary witnesses drawn from metropolitan and provincial letters and diaries, newspapers, periodicals, books and the range of rich material available in the British Library.

J.B. Priestley famously described the 'three Englands' he saw in the 1930s: Old England, nineteenth-century England and the new, post-war England. Thirties Britain was, indeed, a land of contrasts, at once a nation rendered hopeless by the Depression, unemployment and international tensions, yet also a place of complacent suburban home-owners with a baby Austin in every garage.

Gardiner captures the essence of a people part-mesmerised by 'modernism' in architecture, art and the proliferation of 'dream palaces', by the cult of fitness and fresh air, the obsession with speed, the growth and regimentation of leisure, the democratisation of the countryside, the celebration of elegance, glamour and sensation. Yet, at the same time, this was a nation imbued with a pervasive awareness of loss – of Britain's influence in the world, of accepted political, social and cultural signposts, and finally of peace itself.

Juliet Gardiner is a respected commentator on British social history from the Victorian times through to the 1950s. She was Editor of History Today magazine and is also the author of the critically acclaimed and bestselling ‘Wartime’.

Other Works by Juliet Gardiner

The Blitz: The British Under Attack

Joining the Dots: A Woman In Her Time