Me and My Brothers 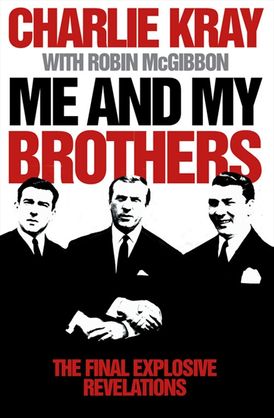 Me and My Brothers

An updated edition of the bestselling autobiography of Charlie Kray, elder brother of the Kray twins, Ronnie and Reggie, who are brought to the screen this autumn in a major motion picture.

Charlie Kray was the only person who knew the truth behind the terrifying violence of his notorious twin brothers, Ronnie and Reggie.

In his dying days, reflecting on how the Kray name destroyed his life, Charlie reveals what he really thought about the twins - and why they treated him so badly.

Today, 40 years after the arrests that ended their so-called reign of terror, the power the Krays wielded is part of criminal folklore - and the fascination with them lives on.

Charlie knew them better than anyone - from the extortion racket that provided riches beyond their dreams and the sexual liaison that took them into the corridors of power to the murderous mayhem the twins embarked on as they came to see themselves as beyond the law.

In this fully updated edition of his best-selling autobiography, Charlie Kray reveals a side of Ronnie and Reggie that not even their closest henchmen ever saw.

Robin McGibbon first met Charlie Kray in 1975 when, as managing director of Everest Books, he published the first edition of this autobiography. Since then, he has worked as a sub-editor on the Daily Express and written, and co-written, ten books, including the autobiographies of Christopher Lambrianou, who got caught up in the Kray madness, Barbara Windsor and Eamonn Andrews. McGibbon, who has also produced a Talking Book of his conversations with all three Kray brothers, lives in Kent with his second wife, Sue.

Other Works by Charlie Kray