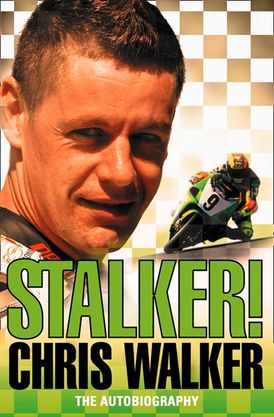 Following the retirement of the legendary Carl Fogarty, Chris Walker has become Britain's most popular motorcycle racer. Incredibly brave, outspoken and with talent to burn, Chris is frank about his hell-raising exploits on and off track, his legion of fans and his action-packed career in World and British superbikes.

Chris Walker's first book recreates his zest for life, passion for bikes, but most-of-all, his unique sense of humour. It includes not only the inside story of his racing, but revelations of his and fellow riders' more 'racy' exploits.

Chris will also expose some of the inner demons that are rarely shown to the public. Major storylines include:

Updated and told in Chris's inimitably self-deprecating style – and with all the drama of the opening races of the 2008 World Supersport series – the book breaks the mould of recent motorcycling autobiographies.

Chris Walker was born in March 1972 in Nottingham. He was a successful motocross rider for nearly ten years before graduating to superbikes. He has scored twelve podium finishes, including a memorable first World Superbike win at Assen in 2006. A big crowd favourite at home in Britain, his spectacular riding style and impressive record has earned him the ‘Stalker’ tag. He has been British Superbike runner-up four times, and currently rides for the Rizla Suzuki team.

Other Works by Chris Walker

The Hard Quiz Book of the World's Hardest Arses