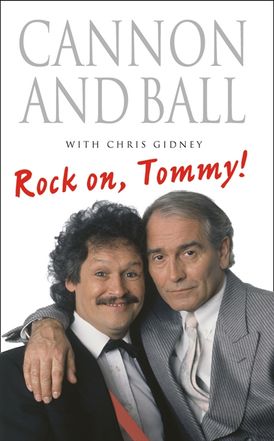 Here is the full show-biz story of the comedy double-act, Cannon & Ball, which tells of the ups and downs of their career and the changes in their lives when they both became Christians.

Tommy Cannon and Bobby Ball broke all records for capacity audiences at the London Palladium and the longest running show in Blackpool. They are still doing summer seasons and pantomime seasons each year as well as their gospel shows. In this book they tell their own story.

Tommy and Bobby met in 1964 when they were both very young and working in a factory. It was to be the start of a lifelong friendship and a double act that would soon turn professional.

The famous duo chart their careers; the laughter and pain along the way; the changes that conversion to Christian faith brought for both of them. And it is all told in their honest, blunt, down-to-earth style.

Cannon and Ball, the famous entertainment duo are still performing. Both are now Christians and live in Lancashire.

Other Works by Bobby Ball