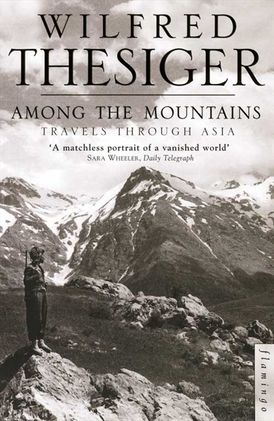 Wilfred Thesiger, this century’s greatest living explorer, recalls his travels among the mountain ranges of Asia.

Although Wilfred Thesiger is still largely associated with the Arabian deserts and the Marshes of Iraq, he has also travelled extensively at intervals, over the years, among mountains and mountain people in other remote areas of the Middle East and Asia.

In 1987 Thesiger wrote: ‘I have always been attracted by mountains…’ And he observed more recently: ‘Had I done nothing else as a traveller except my journeys in Nuristan, these alone would have amounted to something worthwhile’.

Eventful, interesting and remarkable achievements in their own right, the Asian journeys – among the Hindu Kush, the Karakorams and the Pamirs – have inspired many of the finest photographs Thesiger has ever taken and contribute significantly to his standing as a great traveller and explorer.

Spanning a period of over 30 years (1951-1983) this book draws on Thesiger’s original diaries of his various journeys and his vivid memories of them, and includes some 80 or so previously unpublished photographs of the stunning mountain scenery he saw and the people he encountered.

Wilfred Thesiger was born in 1910 in Ethiopia. From 1930 he travelled through remote areas of Africa, the Middle East and Asia. His journeys and his books have won him numerous prestigious awards over the years. In 1968 he was made a CBE; he was honoured with a KBE in 1995.