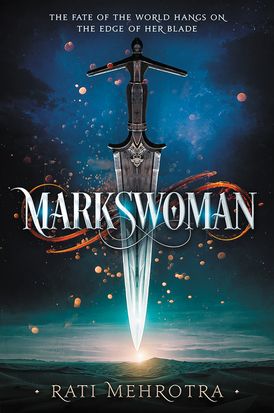 An order of magical-knife wielding female assassins brings both peace and chaos to their post-apocalyptic world in this bewitching blend of science fiction and epic fantasy—the first entry in a debut duology that displays the inventiveness of the works of Sarah Beth Durst and Marie Lu.

Kyra is the youngest Markswoman in the Order of Kali, one of a handful of sisterhoods of highly trained elite warriors. Armed with blades whose metal is imbued with magic and guided by a strict code of conduct, the Orders are sworn to keep the peace and protect the people of Asiana. Kyra has pledged to do so—yet she secretly harbors a fierce desire to avenge her murdered family.

When Tamsyn, the powerful and dangerous Mistress of Mental Arts, assumes control of the Order, Kyra is forced on the run. She is certain that Tamsyn committed murder in a twisted bid for power, but she has no proof.

Kyra escapes through one of the strange Transport Hubs that are the remnants of Asiana’s long-lost past and finds herself in the unforgiving wilderness of a desert that is home to the Order of Khur, the only Order composed of men. Among them is Rustan, a disillusioned Marksman whose skill with a blade is unmatched. He understands the desperation of Kyra’s quest to prove Tamsyn’s guilt, and as the two grow closer, training daily on the windswept dunes of Khur, both begin to question their commitment to their Orders. But what they don’t yet realize is that the line between justice and vengeance is thin . . . as thin as the blade of a knife.

“Mehrota’s page-turning debut concocts a solid fantasy world with a strong heroine. Readers will look forward to the next in the series.” - Booklist

“Markswoman gives us a heroine as principled as she is fierce, a gifted outcast who is forced to navigate the maze of treachery at the heart of a unique and finely drawn world.” - A. J. Hartley, author of Steeplejack (winner of ITW’s Thriller award)

“Markswoman is unputdownable. Rati Mehrotra paints a vivid world filled with compelling characters, awesome knives, and all the thrilling adventure and drama you could want.”
- Sarah Beth Durst, award-winning author of the Queens of Renthia series

“Markswoman is a breathlessly-paced post-apocalyptic fantasy with a highly original setting and characters you can’t help but love (and hate).” - Beth Cato, author of Breath of Earth and The Clockwork Dagger 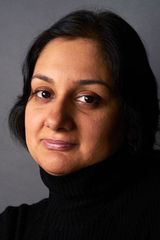 Born and raised in India, Rati Mehrotra makes her home in Toronto, Canada, where she writes novels and short fiction and blogs at ratiwrites.com. Markswoman is her debut novel. Find her on Twitter @rati_mehrotra.

Other Works by Rati Mehrotra