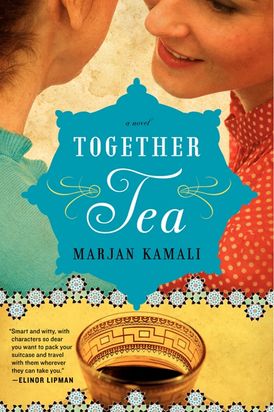 In Together Tea, Marjan Kamali’s delightful and heartwarming debut novel, Darya has discovered the perfect gift for her daughter’s twenty-fifth birthday: an ideal husband. Mina, however, is fed up with her mother’s years of endless matchmaking and the spreadsheets grading available Iranian-American bachelors. Having spent her childhood in Tehran and the rest of her life in New York City, Mina has experienced cultural clashes firsthand, but she’s learning that the greatest clashes sometimes happen at home.

After a last ill-fated attempt at matchmaking, mother and daughter embark on a return journey to Iran. Immersed once again in Persian culture, the two women gradually begin to understand each other. But when Mina falls for a young man who never appeared on her mother’s matchmaking radar, will Mina and Darya’s new-found appreciation for each other survive?

Together Tea is a moving and joyous debut novel about family, love, and finding the place you truly belong.

“Marjan Kamali’s thoughtful novel presents the story of a young Iranian woman’s coming of age in modern America and her mother’s parallel journey from the old world to the new. Kamali’s writing spans oceans yet depicts a common humanity—a lovely work.” - Rishi Reddi, award-winning author of Karma and Other Stories

“Compassionate, funny, and wise, Together Tea is a treasure of a novel. Marjan Kamali creates a wonderfully loving and real story about a mother and daughter, and their complicated cultural identity. Its remarkable scope-from 1970s Tehran to 1990s New York-is beautifully rendered.” - Jill Davis, bestselling author of Girls' Poker Night

“Smart and witty, with characters so dear you want to pack your suitcase and travel with them wherever they can take you. How lucky I feel to have been given this baklava-delicious gift of Persian immersion from a New York point of view.” - Elinor Lipman

“Lyrical, vivid, and warm...Although there are differences in Mina’s and Darya’s American experiences, the author effectively evokes the pull both women feel toward Iran. She creates empathy for a people forced to live one life in public and another privately.” - Publishers Weekly

“[A] lively debut...Kamali perfectly captures the sights, sounds, and smells of Tehran. Humor, romance, and tradition all combine in an enjoyable chick-lit tale, Iranian style.” - Booklist 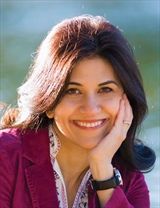 Marjan Kamali has an MFA in creative writing from New York University and an MBA from Columbia University. Her work has been a top finalist in Glimmer Train's Fiction Open and the Asian American Short Story Contest. She lives in the Boston area with her husband and their two children.

Other Works by Marjan Kamali